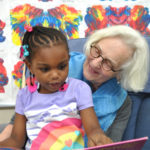 A fixture at Next Door for more than four decades, Mary Conlon left an impressive mark on the organization dating back to its first early childhood education program.

Mary joined Next Door in 1971 as part of the national VISTA volunteer program established by President John F. Kennedy.

For her year of service, Mary embarked on a project to create a home visitation program supporting neighborhood families with early childhood education. Called Early on Home Start, Mary not only led this new effort for Next Door but she participated in it as well.

“I rode my bike around and visited families once a week,” Mary recalled. “I made a lot of games and took them into the homes to share with the children.”

Mary’s year of service proved so inspiring, she later joined Next Door full-time running the Early On Home Start program.

In 1982, Mary decided to take on a new role in Next Door’s Development department. She dedicated the rest of her professional career in fundraising for Next Door and retired as a Major Gifts Officer in 2017.

“I appreciated the opportunity to be a part of something bigger that I could contribute to, and I think that a lot of our donors feel that way, too,” Mary said. 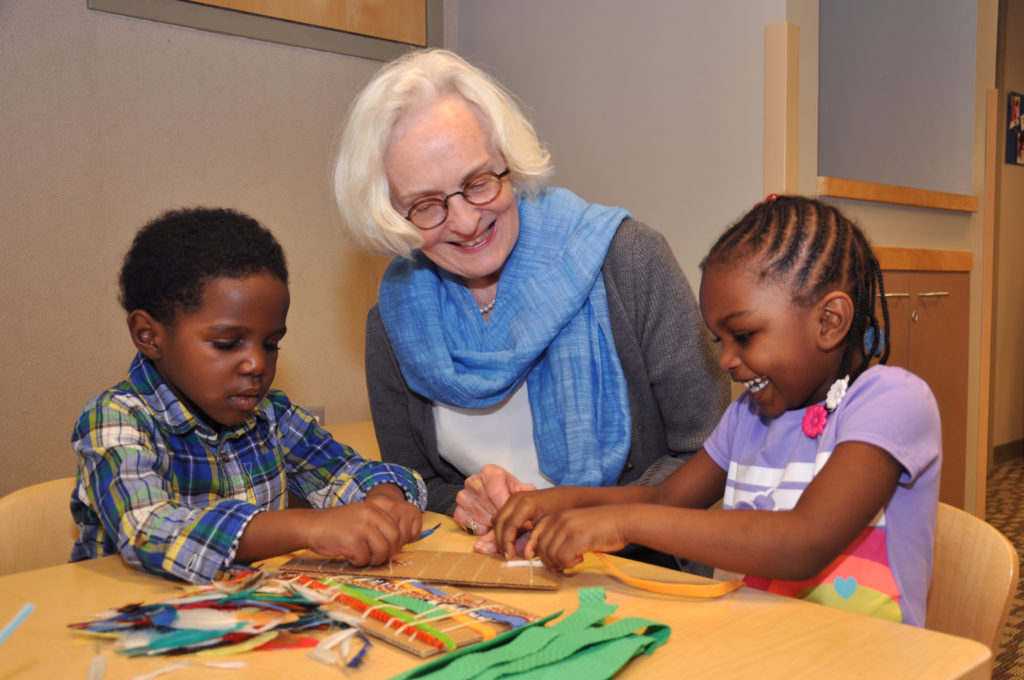 Mary produced many close relationships with both corporate and individual donors that remain strong today. She was known for working tirelessly to create special experiences connecting donors with children to see the impact of their philanthropy. Those experiences included classroom visits for arts and crafts together and thank you cards to donors with drawings from the children.

Mary’s relationships became so strong with some donors that she visited them in the hospital while recovering from surgery. She also shared a story about a two-hour phone call with another donor.

“Being genuinely interested in them and what concerns them – I think that means a lot. And then when it comes time to ask for support, there’s a strong relationship there,” Mary said.

Over her four decades of service, Mary saw Next Door experience major milestones and significant growth. While she has many fond memories, one of the dearest is the people she worked with to impact so many children and families in the central city.

“Next Door is a woven tapestry strengthened and enriched by the talents, love and generosity of many.  I am happy to have played a part with so many different people in building strong Milwaukee families,” Mary said.