Next Door leader honored with “Driven to Achieve” award 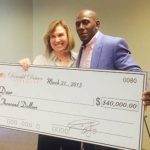 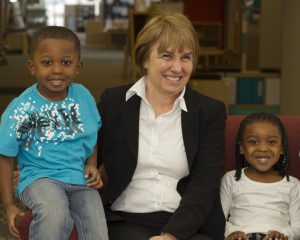 Milwaukee – (January 28, 2015) – Next Door, a nationally award-winning agency and recognized leader in early education based in Milwaukee’s inner city, announced today that Executive Director Dr. Carol Keintz is a 2015 “Driven To Achieve” Award recipient. The award is presented by the Donald Driver Foundation.

“I am truly humbled to be considered for the ‘Driven to Achieve’ award and to be included in such outstanding company as my fellow award recipients,” said Keintz. “First and foremost, this award reflects on my staff – the best and brightest team who works so diligently to provide our children with the early education programming that is so important at this stage in the child’s development. I thank Mr. Driver and his foundation for this honor and for his great support for important social issues and programs here in Milwaukee and throughout the country.”

At the event, the winners will be presented with a significant monetary contribution to help support their cause. Last year, Driver donated over $200,000 to his inaugural class of winners.

“We are blessed to have these people working hard every day to make this world a better place,” Driver said of the 2015 class. “Whether they are keeping our kids safe and helping them succeed in school, improving pediatric cancer cure rates, or assisting the community in times of great need, this class of winners is all about putting others first. That is something truly special, and it’s time we recognize them.”

Donald Driver’s Driven To Achieve Awards was created to recognize and celebrate the accomplishments of multiple charities, companies, community leaders and celebrities on a national and local level.