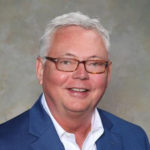 Fresh out of college with a degree in music, Byron Tweeten arrived at Our Savior’s Lutheran Church in Milwaukee in 1969.

The 22-year-old came from Wartburg College in Waverly, Iowa to fill the need for a youth choir director at the church — but that wasn’t all Byron would do.

“His inspiration, leadership qualities and capability for developing the youth and young adult outreach program was visible from day one,” recalled Rev. Charles Berdahl, a former pastor at Our Savior’s who hired Byron.

Bryon became the first executive director of the church’s newly expanded youth and young adult outreach program opening in a building right next door to Our Savior’s.  He recruited a VISTA volunteer (Volunteers In Service to America) to join him on staff and begin programming to better serve the neighborhood needs. Not long after, in 1971, the program incorporated as a non-profit organization called Next Door.

“There would not be a Next Door today if it weren’t for Byron Tweeten,” said Rev. Glenn Nycklemoe, another former pastor who worked with Bryon at Our Savior’s. “To think of that young guy and all of that moxie he had — he was the right person at the right place and the right time.” 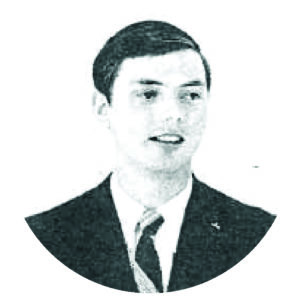 “Byron didn’t want to live in the past. He was always looking at the next big thing we were going to do,” Frank recalls.

One of those big things was opening the Catacombs Coffee House for three years in the lower level of the Next Door house. After tearing down a wall and building a stage, the coffee house became a popular night-time music venue for young adults to see some of the best live blues, jazz and folk music in Milwaukee in a safe, non-bar setting.

“It took on a professional aura — it was truly a coffee house of note,” Frank remembers.

Former colleagues also remember Bryon’s inclusionary approach, his natural ability to motivate his staff and volunteers around a project and his personal and sensitive way of connecting with the neighborhood participants coming to Next Door.

Byron left Next Door in 1975 and went onto a successful career in fundraising for non-profit organizations. He and Frank remained life-long friends until Byron’s passing in 2017. Frank says Byron would be proud Next Door today.

“It started as out as a small youth ministry and evolved into a major function of the city – that was Byron’s dream,” Frank said.