Hillary Clinton 1996 Visit to Next Door 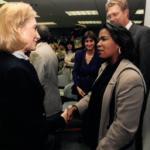 Back in 1996, Sherry Street worked as an education policy analyst for former Milwaukee Mayor John Norquist.

Part of her job that year involved coordinating a high-profile visit from Hillary Clinton, who was passing through Milwaukee on the presidential campaign trail for her husband, Bill Clinton.

“She wanted to read stories to children and I was asked to select a location to do that,” recalled Sherry, who spoke with Next Door for this story from Chicago where she resides today.

Sherry presented a few ideas of organizations to visit to Clinton’s advance team, including Next Door. After a representative came out to see Next Door, the decision came quickly.

“When we walked outside at the end, he was like, ‘This is it,’” Sherry said.

Clinton came to Next Door’s 29th Street campus on September 17, 1996. She spent time reading a Dr. Seuss book to children in Next Door’s early childhood programming, shook hands with several parents and staff and delivered some remarks about her book out at the time, “It Takes a Village.”

“She made the correlation of how what Next Door does is at the core of the principles of that book,” Sherry said. 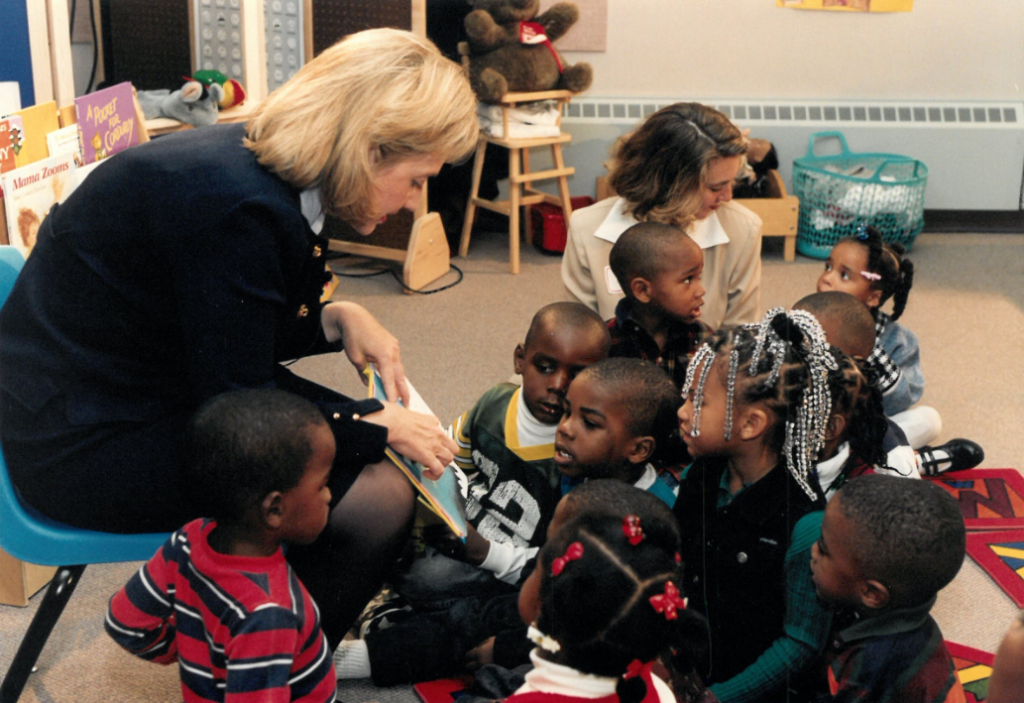 These kinds of dignitary visits can sometimes be quick stops “in and out.” Sherry said that wasn’t the case with Mrs. Clinton, and her commitment and interest meant a great deal to Next Door staff.

“They were so honored and so thrilled. I was really proud of Next Door and its staff on that day,” Sherry said.

Before Clinton left, Sherry had a chance to shake her hand and remembers the former First Lady praising Next Door.

“She came over and was very gracious and said Next Door was the perfect place and that she enjoyed being there,” Sherry recalled.

In addition to the Clinton visit, Sherry enjoyed a few volunteer experiences at Next Door with her sons while they lived in Milwaukee. They helped out at holiday celebrations for Next Door families. Sherry says all of these touchpoints sparked an affection for Next Door that remains strong today.

“I’ve always been very proud of the work of Next Door and found them to be very unique in their wraparound service and commitment to their community,” Sherry said.

Click HERE to view more pictures from this visit. The photos are courtesy of the White House.