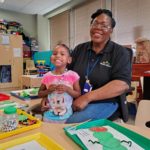 In her 26 years working at Next Door, Lily Carter has touched so many lives.

It’s an impressive achievement from Next Door’s longest-serving teacher today who has no plans to retire anytime soon.

“I like the work because it keeps you going. The kids have so much energy and that flows over to me and keeps me energized,” Lily said.

Lily came to Next Door in August of 1993 because she wanted to work in Head Start programming. She discovered early on that Next Door was a special place.

“It just felt so cozy and nurturing. I was like ‘Wow, I never felt this before,”’ Lily said.

Lily’s first job at Next Door was a Parent Educator in Next Door’s home-based program. She worked with 13 families a week and enjoyed the special relationships she formed with parents.

“I loved the home-based program because you really had the opportunity to see a different picture. You get a chance to develop a really good relationship with that mom because now you’re in her space and she’s more comfortable,” Lily said. 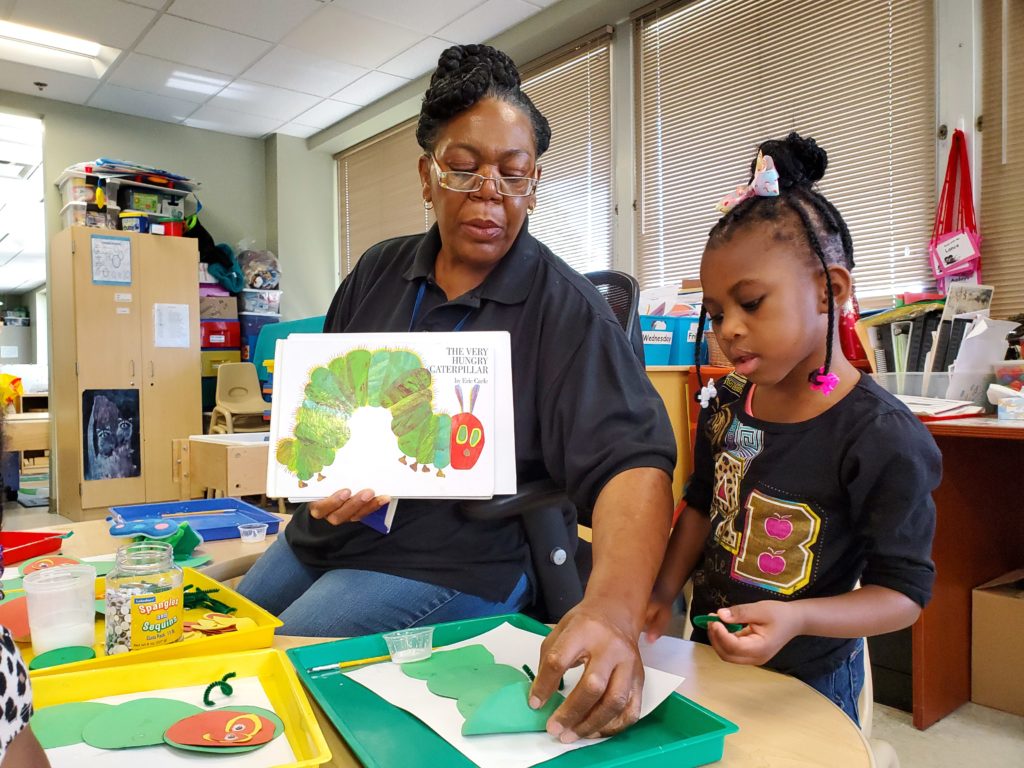 Lily spent four years in the home-based program before transitioning to the classroom starting out with K5. She spent 20 years teaching at Next Door’s 29th Street location before moving to the Capitol Drive building when it opened in 2014.

Today, Lily leads a class of 17 three-year-old children and continues to be inspired by their energy and progress.

“When you start off with the children in September and then you see where they are at in January and then in June, you see the growth and it’s like ‘Wow I made a difference,’ so that’s the beauty of it for me,” she said.

Over her 26-year tenure, Lily says many mentors at Next Door helped her grow as well both professionally and as a mother to three daughters.

As a veteran teacher today, Lily feels it’s now important for her to mentor the younger staff launching their careers at an organization Lily expects will thrive for years to come.

“One of the great things about working here at Next Door is you never know what’s going to come next. The Board of Directors has an awesome vision and it never stops. Once we’re successful and we have great outcomes, then it’s like ‘OK, now we can move on to something different.’ I truly believe Next Door will make it to 100,” Lily said.