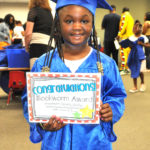 On her first day of kindergarten at Next Door, Javeyiah Walton’s teachers recall a difficult start to the year.

“Javeyiah was crying on the carpet, she didn’t want to eat breakfast. She was very upset and was yelling at the other students,” Ms. Kathy said.

As the year went on, Ms. Kathy remembers a few more instances where Javeyiah lost her temper in class. She and her co-teacher, Ms. Payne, worked closely with Javeyiah on controlling her behavior with lessons on sharing and compromising. They also utilized a color-coded feeling zone project to identify how children felt at the start of each day.

“Now, Javeyiah is a totally transformed student,” Ms. Kathy said. “She is able to work through her issues that happen in class without losing her temper and she trusts her teachers to handle problems that arise.” 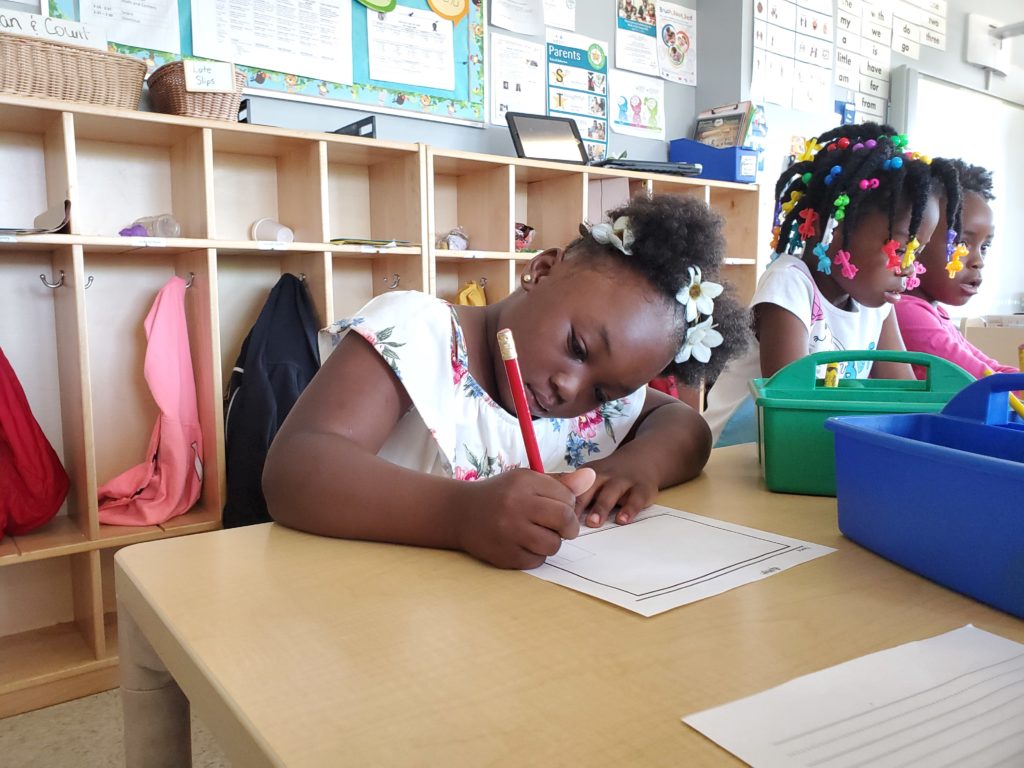 Her teachers report she is reading and writing above grade level.

Javeyiah also took on several leadership roles in her class.

“Javeyiah has grown to be a great leader and role model for her friends,” Ms. Payne said. “She helped them with their stories during our writer’s workshop time. She also read our Calm Classroom exercises (mindfulness programming) and the children would listen and follow along with her.”

Javeyiah’s mom says her daughter developed a love of learning at Next Door that went well beyond the classroom.

“She reads every night. She also does little spelling quizzes with her brother and sister with her words from school, seeing who can spell them the fastest. She’s definitely ready for school,” Erika said.

Javeyiah plans to attend first grade at Central City Cyber School in Milwaukee. When we asked her what she’s looking forward to, her answer was simple and encouraging — “To learn,” she said. 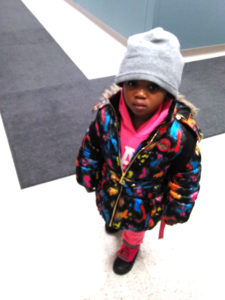 Javeyiah at three-years-old at Next Door 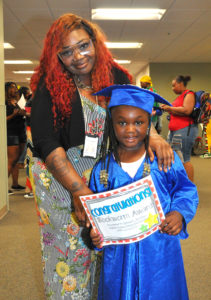 Javeyiah and her mom at K5 graduation