Bringing the Nation’s Best Practices to Next Door

Touted as the nation’s best practice model for early childhood education, Educare came to Milwaukee from connections between long-time Next Door leaders and the Buffett family.

In the late 1990’s, Next Door began working with a representative of Susie Buffett, who was leading the family’s efforts with the Buffett Early Childhood Fund to create a new network of Educare schools nationwide. The Educare model featured a high-quality early childhood education experience for children living in poverty with highly-credentialed teaching staff, small class sizes and a heavy focus on parent engagement.

Peter Buffett and his wife Jennifer (pictured below) were living in Milwaukee at the time and played a key role in the $8.7 million capital campaign to bring Educare to Next Door. Former Next Door Board Chairs Mary Kellner and Chris Bauer co-chaired the campaign committee.

“Peter and Jennifer were the cornerstone of the campaign. They provided anchor funding and backed us 100% in what we were trying to do,” Chris said.

Chris remembers holding many informational sessions with prospective donors as Next Door worked to raise funding to build the Educare school as a 25,000 square-foot state-of-the-art addition to Next Door. The campaign focused on research tracking Educare’s positive impact in other states.

“It was a very statistical and analytical campaign, not just pulling on heartstrings, but hard data,” Chris said.

In the end, Chris said the campaign succeeded thanks to a broad-based network of support from the community.

Educare Milwaukee opened in 2005 as the third Educare school in the country serving 156 students from birth to five years old. As part of the program, Next Door selected University of Wisconsin-Milwaukee to serve as the Local Evaluation Partner to track student progress and the effectiveness of Educare programming.

“Educare was a gem, it was a major step forward for Next Door and a culmination of the direction we were trying to go to with early childhood education,” Chris said. 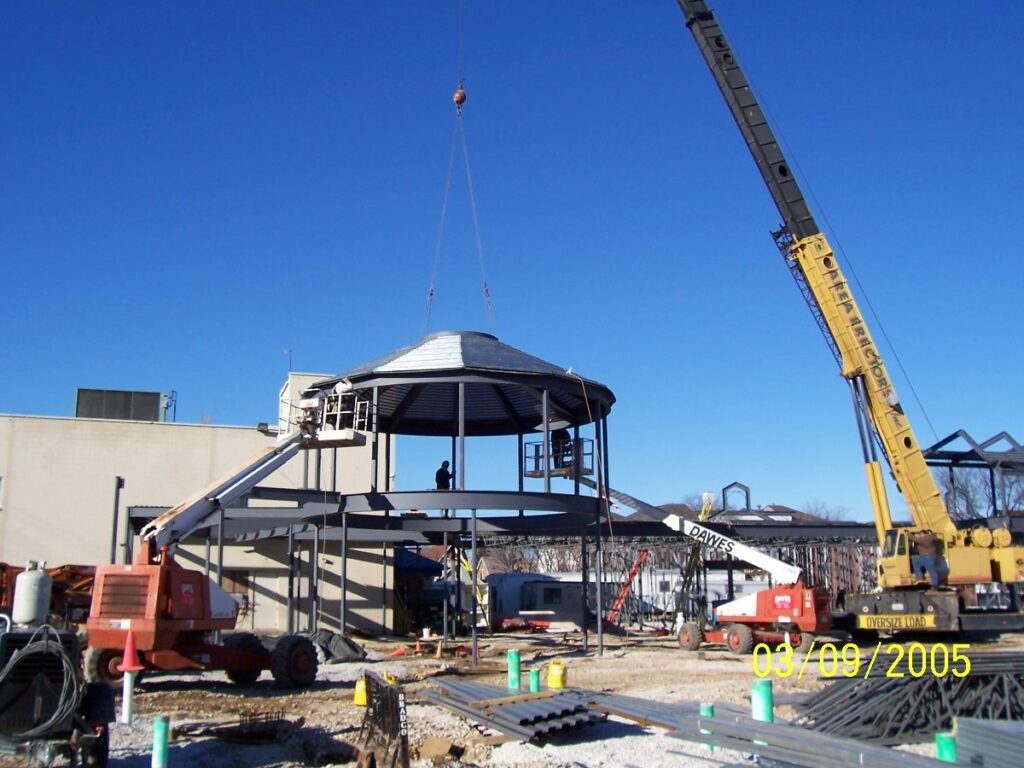 Educare Milwaukee under construction in March 2005. 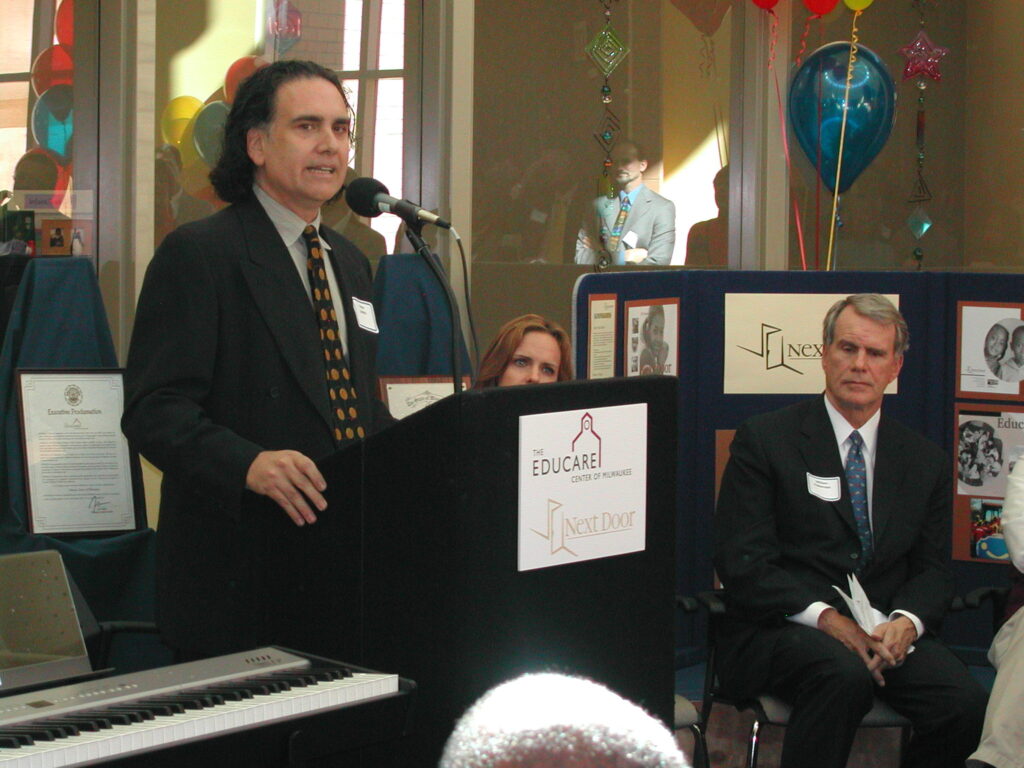 Peter Buffet spoke at the grand opening celebration of Educare Milwaukee in October 2005. 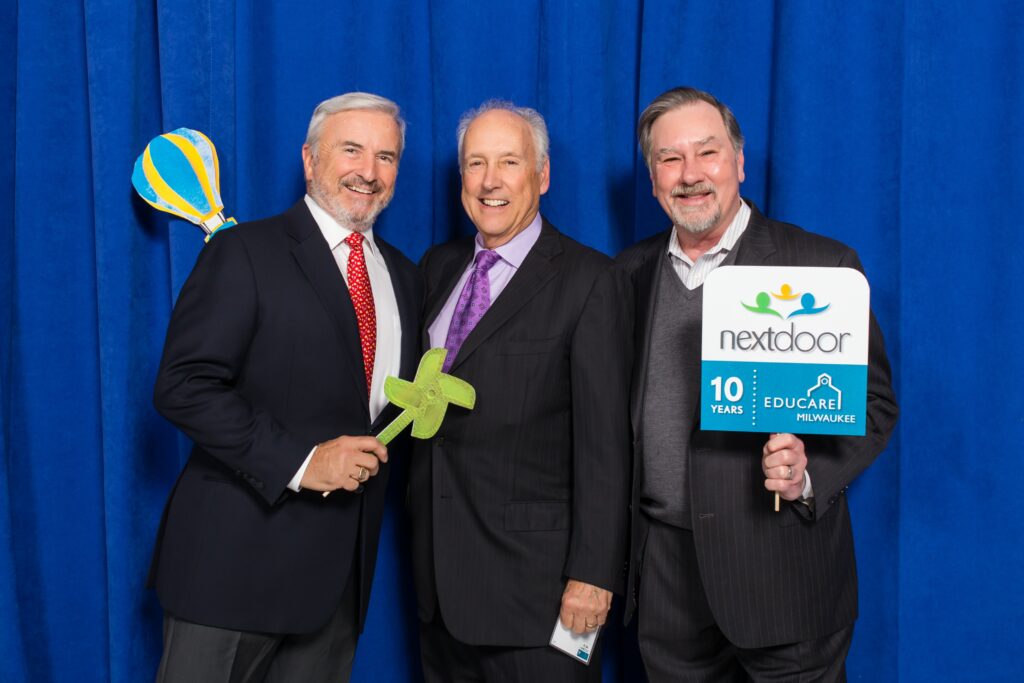 Chris Bauer (right) is a former Next Door Board Chair who co-chaired the capital campaign to bring Educare Milwaukee to Next Door. He is pictured here with guests at the 10th Anniversary celebration of Educare Milwaukee in November 2016 at the Milwaukee Art Museum.